My book on the Danish volunteers in Allied air forces was published from Fonthill Media in 2017. The Danish edition was published in 2018 from Turbine Forlaget. 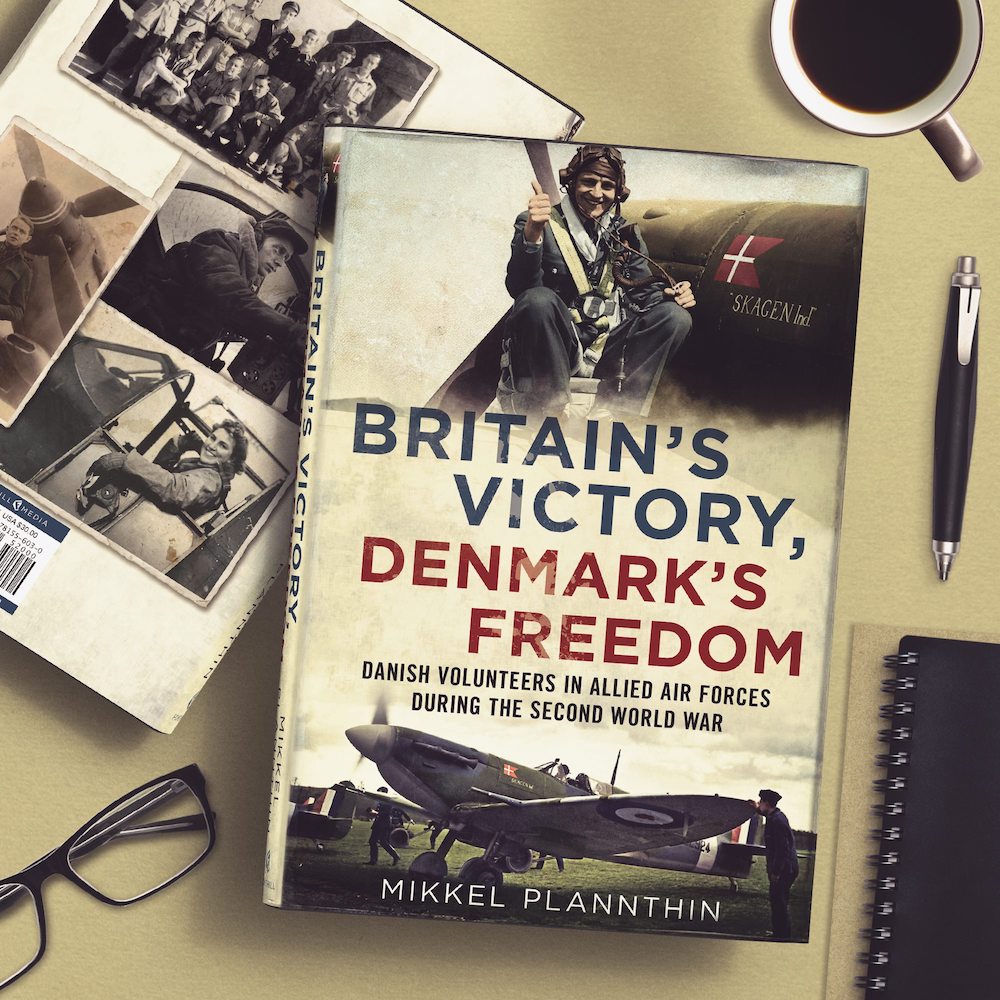 On 9 April 1940, German forces invaded Denmark. Within hours and without a real fight, the government capitulated, co-operating with the Nazis in order to secure as much self-determination as possible. Not everybody accepted the surrender. Abroad, Danes mobilised to fight back. Men and women – whether they had escaped from Denmark, been involuntarily exiled by the occupation, or were emigrants – turned up at recruiting offices around the world, volunteering to fight for Denmark’s freedom.

More than 250 volunteered for the Allied air forces. Britain’s Victory, Denmark’s Freedom: Danish Volunteers in Allied Air Forces During the Second World War (For Danmarks frihed in Danish) offers the most comprehensive account of the Danish contribution to the Allied air forces of the Second World War ever written. It covers Danish pilots in Britain, Germany and Coastal Command; their involvement in the air wars of the Mediterranean and the Balkans; service in the Far East and Pacific; as well as Danes on the ground, often far from the frontline.

Mikkel Plannthin was born in Copenhagen, Denmark, in 1973. He has been researching Danes in the Royal Air Force and other Second World War Allied air forces for nearly fifteen years, and has a unique knowledge on this subject. He is the author of a number of aviation articles in Danish and the creator of danishww2pilots.dk, a website commemorating these men and women.